Welcome to another week! Some fun stuff for this Monday- A TOP GUN 2 Newsflash, 40 years of the B-52’s & why you should be outside looking up tonight! Enjoy!

Two meteor showers—the Delta Aquarids and the Alpha Capricornids—are both reaching their peak tonight and into Tuesday morning. And with a moon that will be just 6% full, the dark skies could be the perfect stage for quite a meteor show. Click here for more! 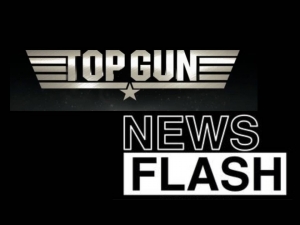 40 years of The B-52s, from starting in Athens to ‘Love Shack’ and beyond!

For more than 40 years, The B-52s have been bringing a new wave dance party to clubs, ballrooms, theaters, arenas and amphitheaters around the country

“We just like to keep the energy high, get the audience on their feet and having a good time,” said singer Fred Schneider, who’s also been known to bang on a cowbell. “I’ve never heard any complaints about our live show. Never.” Read more here!