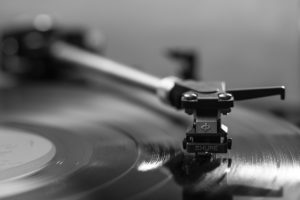 Record Store Day, August 29th will see something special for Def Leppard fans. Their 2019 performance at The Rock and Roll Hall of Fame, which included the songs; “Pour Some Sugar On Me”, “Hysteria”, “Photograph” and “Rock of Ages”, will be released on Vinyl and available to buy!

Def Leppard was inducted into The Rock and Roll Hall of Fame 14 years after they became eligible and were inducted by Queen’s Brian May.