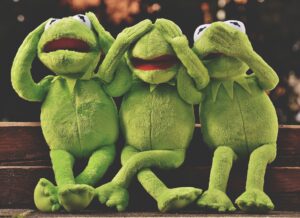 Here are some fun facts you can share with your friends this weekend!

1. The Supreme Court has its own private basketball court with an amazing nickname.

There’s a basketball court on the top floor of the U.S. Supreme Court Building. It’s nickname? You guessed it: “the highest court in the land.”

2. Walmart has a lower acceptance rate than Harvard.

Harvard might be hard to get into with a 4.5 percent admittance rate, but try this on for size: only 2.6 percent of Walmart applicants are accepted. How ’bout them apples? Now, we realize that this comparison isn’t exactly flawless, but you have to admit that it’s a funny fact.

3. A football fan once dedicated his obit to insulting an NFL team.

True story: A lifetime Cleveland Browns fan and season ticket holder requested in his obituary for “six Cleveland Browns pallbearers” at his funeral. Why? “So the Browns can let him down one last time.” Burn!

4. There is a technical name for the “fear of long words.”

5. Hunting unicorns is legal in Michigan.

Lake Superior State University in Michigan offers a unicorn hunting license. Unsurprisingly, the “chief herald of the Unicorn Hunters” was once quoted saying: “The pursuit of the unicorn is a lonely quest.” We wish them nothing but good luck!