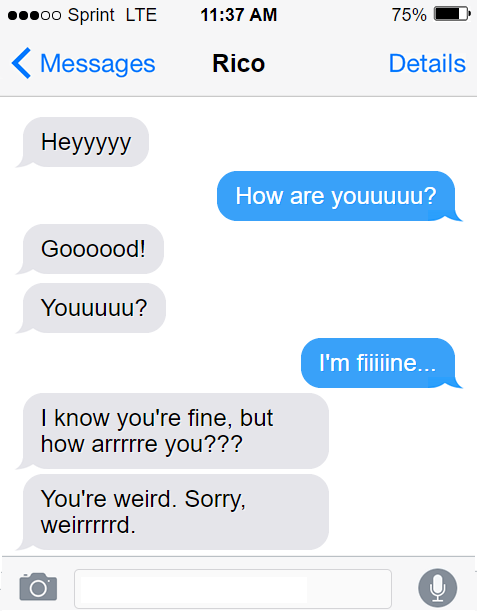 Now that we all refuse to talk to each other and just want to send messages, there’s a big challenge:  How can you give people clues to the TONE and FEELING behind what you’re saying just through typing?

Emojis and GIFs are two ways.  But another way is adding tons of letters to normal words.

A new study at the University of Vermont looked into how we add extra letters to words to give them different meanings.

And the researchers say there’s an actual science behind what we’re doing here. We all have the same instinct to mess with the length of normal words to give them different meanings.

That actually makes those words an important part of our evolving modern language.  So soon enough, “heyyyyyyyyyy” with nine Y’s could be in the dictionary.