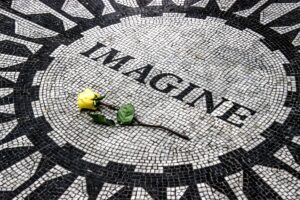 The October 9th tribute will mark what would have been the late music legend’s 80th birthday. The livestream will feature taped performances by Jackson Browne, Patti Smith, Natalie Merchant, Rosanne Cash, and more.

Instead of selling tickets, organizers are asking for donations to cancer charities like Theatre Within and Gilda’s Club. The virtual John Lennon tribute event streams for free from 7pm to midnight ET HERE.