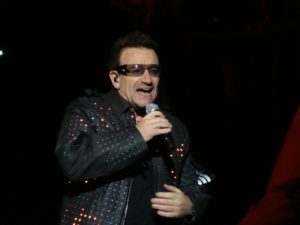 National Album Day is October 10th and the BBC did a poll to see what was your favorite album of the 80’S?  U2’s ‘The Joshua Tree’  from 1987 was voted #1! Bono was quoted as saying , ” “We’re just thrilled that people are still connecting with these songs, night after night, year after year”