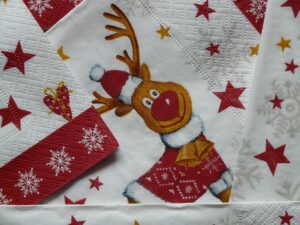 Rudolph The Red Nose Reindeer Original Figurine Is Up For Sale

If you love the classic holiday special “Rudolph the Red-Nosed Reindeer” you are going to want to hear this. Now you can own the actual figurines used to make the 1964 stop-animation Christmas classic. If have a whole lotta money, that is. The 6-inch-tall Rudolph and 11-inch-tall Santa are going up for auction and being sold together and are expected to fetch between $150,000 and $250,000. Collector Peter Lutrario of Staten Island thought they might be the only items he would never sell, but when he recently turned 65 he thought about having something to leave for his children and grandchildren.  After filming, the figures landed at the New York offices of what would become Rankin/Bass Animated Entertainment. Arthur Rankin Jr. gave them to his secretary, who gave them to her nephew. It was from him that Lutrario bought them about 15 years ago after seeing them appraised on PBS’ Antiques Roadshow. The auction starts on November 13.