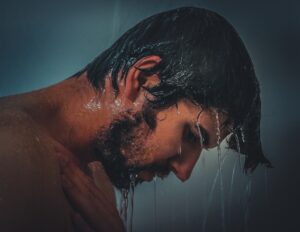 Odds are you’re interacting with a lot fewer people than you were a year ago.  So be honest . . . have you stopped taking steps to look “presentable”?  Or even stopped basic hygiene altogether?

According to a new survey, the answer for plenty of people is “yes.”

2.  35% of people say they spend entire days wearing what they slept in.

Can you say “Ewwwww”?