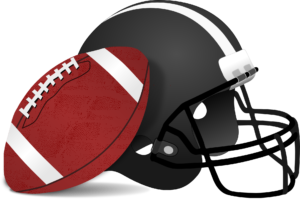 Unless you have been living under a rock I’m sure that you have heard by now that  Super Bowl 55 is this weekend, and so I’ve compiled a list of “fun facts” regarding the big game . . . Enjoy!

1.  The Kansas City Chiefs beat the Tampa Bay Buccaneers in Tampa by three points in their only regular season matchup, 27-24, on November 29th.

The opening line for the Super Bowl was the Chiefs by three.

2.  This will be the fifth meeting between Tom Brady and Patrick Mahomes.  They’re deadlocked at 2-2 after the first four.

3.  Mahomes was just six years old when Brady won his first Super Bowl with the New England Patriots in 2002.

When Brady was six, Chrysler introduced the first minivan . . . and McDonald’s introduced “McNuggets.”

In sports, Marcus Allen and the L.A. Raiders defeated Washington 38 to 9 in Super Bowl 18 . . . and get this, that year U.S. researchers announced the discovery of the AIDS virus.  And although there are treatments and medicines, there’s still no cure or vaccine.

4.  The most common jersey number for a Super Bowl quarterback is #12.  It’s appeared 30 times in the Super Bowl, not including this year with Brady . . . although that does include Brady’s previous nine appearances.

As for Mahomes’ #15, that jersey number has appeared six times and has a 4-2 record.

6.  The Chiefs dwarf the Bucs in Super Bowl experience, although that’s largely because they were in the Super Bowl last year too.

Kansas City’s active roster has 33 players with a combined 34 appearances . . . Tampa Bay has six players with 17 total Super Bowl trips, although nine of those came from Brady.

7.  The Bucs are the fifth team seeded #5 or lower to reach the Super Bowl.  The last three #5 seeds to reach the title game . . . a group that includes the 2010 Green Bay Packers . . . have ALL posted upset victories.

9.  The Bucs have scored at least 30 points in each of their last six games . . .  including all three of their playoff games.  They can become the first team in NFL history with four 30-plus point games in a single postseason.

10.  Have you ever wondered who got the first ever “Gatorade bath” after winning the Super Bowl?  It was Giants coach Bill Parcells, after New York beat the Broncos in Super Bowl 21 in 1987.

11.  Four franchises have failed to make it to the Super Bowl:  The Cleveland Browns, the Jacksonville Jaguars, the Detroit Lions, and the Houston Texans.  All but the Texans have made it as far as the conference championship game.

12.  The distance for the longest field goal in Super Bowl history was 54 yards . . . and it was set by Buffalo’s Steve Christie in Super Bowl 28.