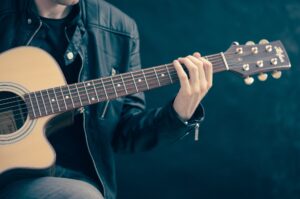 Wolfgang has confirmed that he asked his father for permission to use the MAMMOTH WVH band name for his solo project. MAMMOTH WVH is a nod to family history — Eddie and Alex Van Halen‘s band was called MAMMOTH when singer David Lee Roth first joined it in 1974. Take a look!