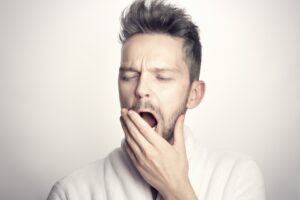 I’ll admit I’m a night owl- always have been! I admire people who can pop right up in the morning! Which one are you?

New research suggests that natural morning people are less prone to depression than those who tend to stay up late.

A study of more than 450-thousand middle-aged adults finds just under two-thirds of them are early birds who thrive on getting up and going to bed early.

But those who are night owls and go against their natural body clock to get up early for work often feel jet lagged and unhappy as a result.