How to Survive a Shark Attack! Because, you never know, right? 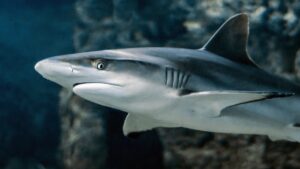 In the spirit of Shark Week on Discovery Channel, I thought we should learn what to do if we should ever be attacked by a shark! Hey, the people who have been probably wish they had some knowledge that could have helped them in the moment.

Here are five tips on how to survive a shark attack . . .

1.  Don’t panic.  Easier said than done though, right?  But panicking will put a shark in predatory mode.  Remember:  Just because a shark is around doesn’t mean you’re definitely going to get bit.

2.  Make eye contact and be assertive.  According to a shark expert, sharks respect assertiveness.  If you see a shark in the water, he suggests making eye contact with it or even pushing it away.

3.  If a shark attacks, fight back.  Punch and attack the shark however you can.  The eyes, nose, and gills are all good targets.  And no matter what, DON’T PLAY DEAD.

4.  Assess your injuries.  If you have an arm wound, try to keep it raised above your heart, which will slow the bleeding.

5.  Swim to shore and get help.  After a shark bite, all of that splashing and commotion and blood could attract other sharks that might be nearby.  So get to solid ground, stop the bleeding, and get medical help.